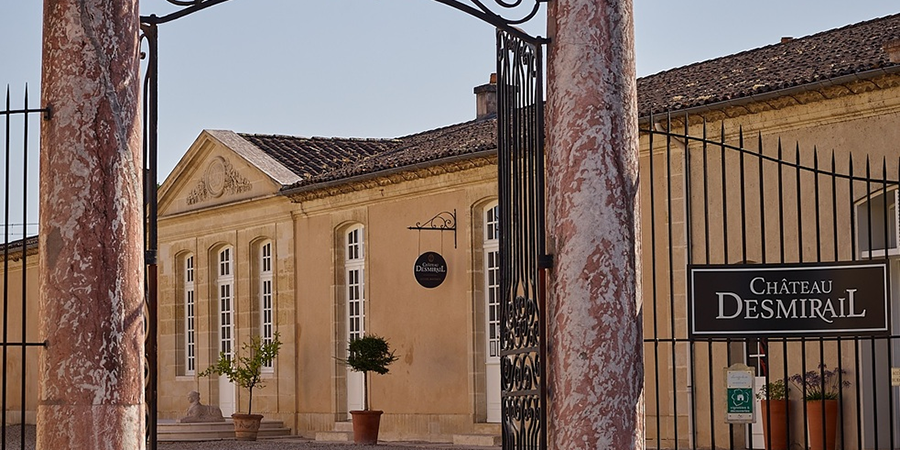 Desmirail was classified a 3rd Grand Cru Classé as part of the 1855 classification. The wine is the result of a parcel of exceptional terroir within the Margaux appellation, which it represents perfectly with its delicate balance. Vinification is carried out using modern techniques and equipment, but with an overarching respect for tradition. This results in a wine that can be enjoyed in its youth, but which also has a tremendous capacity to improve with age. Strict grape selection and carefully adapted maturation methods are both key to making Château Desmirail into the Grand Vin it is.
The name Desmirail has been associated with wine production in the Médoc region since the end of the seventeenth century. Jean Desmirail, a lawyer in Bordeaux's parliament, gave his name to the property when he received it as part of his wife’s, Demoiselle Rausan du Ribail dowry. The château belonged to the Desmirail family until just before the 1855 classification, when it was purchased by Monsieur Sipière, the estate manager at Château Margaux. It was under his ownership that Desmirail was classified as a Troisième Grand Cru Classé (third growth). At the beginning of the twentieth century the property was briefly owned by Robert de Mendelssohn, the nephew of the famous composer, before being acquired by Martial Michel, a glove maker from the north of France. Michel went on to sell the château shortly before the outbreak of the Second World War to Château Palmer. The Château Palmer company owned the property for several years before selling it to Lucien Lurton, an iconic figure in the Bordeaux wine world, in 1980. In 1992, Lucien Lurton passed on his properties to each of his ten children. Denis, one of the older children and a lawyer by profession, took over the management of Château Desmirail. Today Denis is taking his father's work even further, modernizing the wine making facilities and putting all of his energy into the development of this Grand Cru Classé.