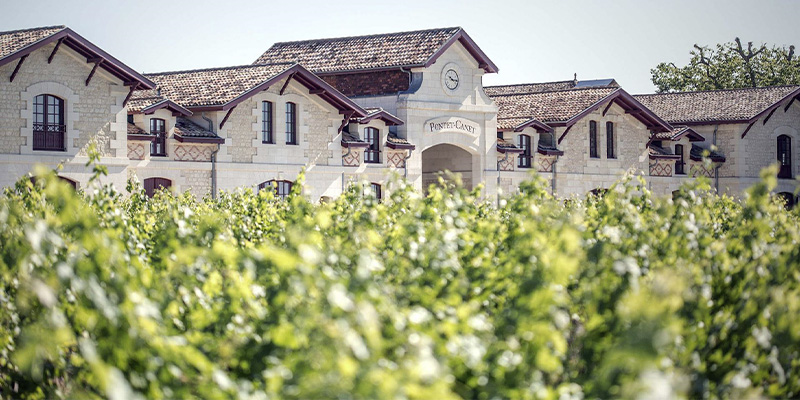 THREE FAMILIES IN THREE CENTURIES Jean-François de Pontet had made a name for himself at the court in Versailles, where he had held the position of Grand Ecuyer (Master of the Horse) to Louis XV. Upon his return to Guyenne, he became Governor of the Médoc. In 1705, he purchased a few acres of land to the north of the village of Pauillac, which he turned into a vineyard. A few years later, he added several parcels in a place called Canet. As was the custom at the time, he added his own name to that of his land in order to give his estate a recognisable identity. A century later, Château Pontet-Canet was flourishing and became one of the select few to join the famous 1855 classification, which had been ordered by Napoleon III. In 1865, the estate changed hands for the first time and became the property of a wine merchant, Herman Cruse. The Cruse family kept the estate for 110 years, until 1975 when it was acquired by Guy Tesseron, a cognac merchant. Over the course of three centuries, Château Pontet-Canet has known only three owners, three families... A rarity indeed in the Médoc.