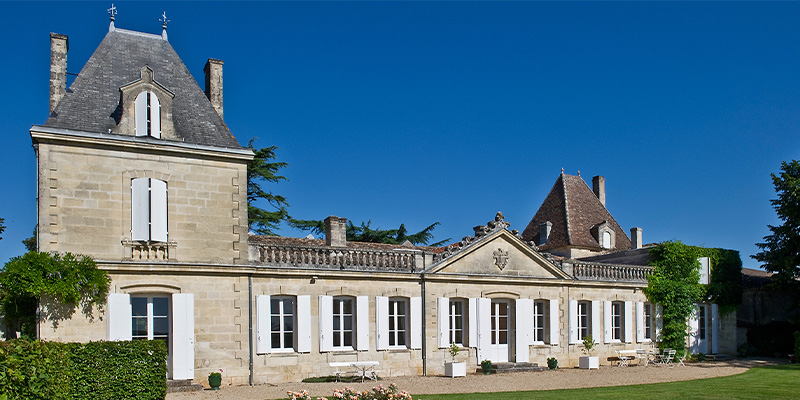 Vieux Château Certan is a wine estate in the Pomerol appellation on Bordeaux's Right Bank, known for its rich, deeply colored red wine (usually) based on Merlot. It is consistently rated by judges and the press as one of the very best wines in the world, and achieves correspondingly high prices at auction. The vineyard covers 14 ha and is one of the largest single block sites in the Right Bank. Many of the vines are 50 years old, with one parcel dating back to 1932.
Vieux Château Certan neighbors Pétrus at the top and center of the Pomerol plateau. Most of the vines sit on the famed Gunz gravel terrace, which is made up of large pebbles and clay over an iron-rich subsoil. This is quite fertile, so care must be taken to limit vine vigor in favor of ripening grapes. Around 30 percent of the property lies on deeper clay soils.

The estate's history dates back to the mid-1700s as part of a larger property owned by the Demay de Certan estate, whose wines were sold as Sertan. The original chateau was built around 1770. The land was divided after the French Revolution, creating Vieux Château Certan, Certan de May and several other properties with Certan in their title. For much of the 19th Century the estate was regarded as the best in Pomerol. However from the 1870s that position was usurped by Pétrus.
In 1924 the property was sold to (Belgian) Bordeaux negociant Georges Thienpoint (d. 1962). He introduced the pink capsule covering the cork. Not only was the color chic at the time, it also allowed him to easily notice if his wines were present in the cellars of his clients. Poor weather in the early 1930s, and the general economic depression, forced Thienpoint to sell Troplong Mondot in Saint-Émilion. No Vieux Château Certan wines were produced from 1931 to 1933.
In recent decades Vieux Château Certan has been challenging once more for top position in the appellation. Alexandre Thienpont, who took over the running of the estate for the 1986 vintage, is the driving force behind this resurgence. He is now assisted by his son, Guillaume. He immediately introduced the second wine, and renovated the winery in 1988 and again in 2003.He introduced green harvesting as part of a wider push to reduce yields, and picked the fruit at higher ripeness levels. Alexandre also manages the vineyards of the nearby Le Pin, owned by his cousin Jacques.