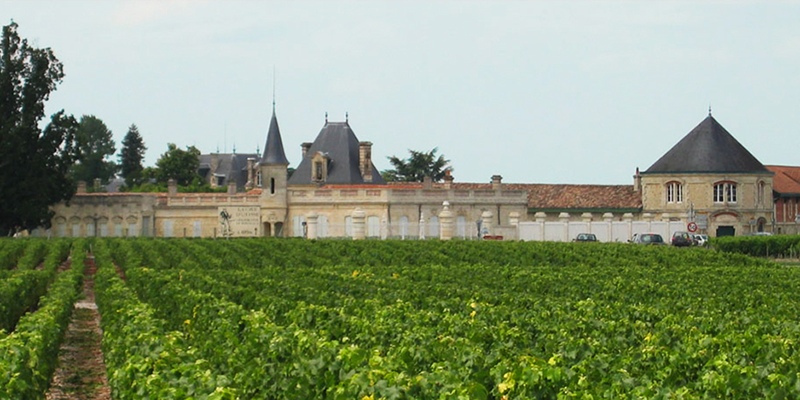 Two illustrious names merged into one. The Durfort of Duras who were knights from Quercy in the XIth century and lords of Duras after a match with the descendant of Bertrand de Goth (later Pope Clement V) arrived at Margaux in the XIV-century where they had a stronghold built. In 1450, Thomas de Durfort became lord of Margaux. Four centuries later, Viscount Robert Labat de Vivens, a friend of Montesquieu and himself famous for his research works on the chocking with mud and litter of the Garonne and the Gironde, inherited the estate of the lords of Duras to which he gave his name. Château Durfort-Vivens was born. The year was 1824. Emperor Napoleon III asks each French region to highlight its treasures, the nature of its own. This is the time for Bordeaux to highlight the famous and prestigious wines mentioned by Thomas Jefferson during his visit to Bordeaux a few years earlier. As wine experts, wine brokers thus establish a ranking, endorsing the traditions and customs of the time according to the ranking those vintage wines already had occupied on the market. The only present, are classified wines of the left bank, regions Médoc, Sauternes and Barsac, as well as Graves. This is how Château Durfort-Vivens was raised to the ranking of second classified growth, 5th in its rank. A century later this classification is indeed present and has never been so close to its origin. It is a historical and living testimony of the quest for quality of the greatest wines of Bordeaux. It is also an honour and a duty for its members.