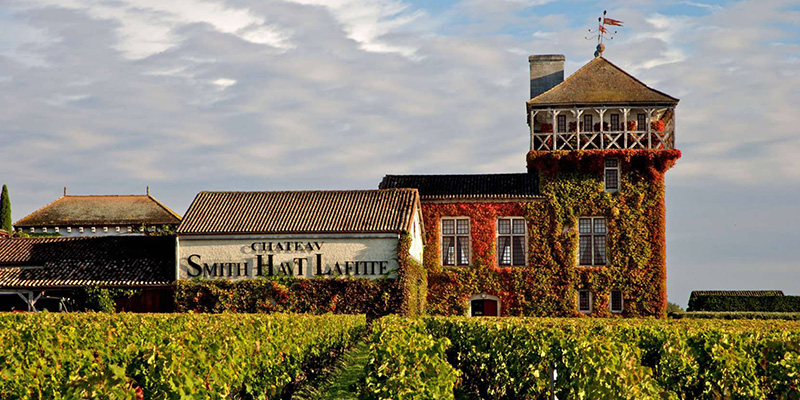 The noble Bosq family started growing grapes here as early as 1365. The property was purchased in the 18th century by Scotsman George Smith, who gave the estate its present name. He also built the manor house and exported his wine to England. In 1842, Mr Duffour-Dubergier, Mayor of Bordeaux and an enthusiastic winegrower, inherited Château Smith Haut Lafitte from his mother and brought the wine up to great growth status. Impressed by Smith-Haut-Lafitte's excellent quality, the Louis Eschenauer company distributed the wine all over the world starting in the early 20th century, deciding to buy the estate in 1958. In 1990, Daniel Cathiard fell in love with the property and joined the list of prestigious owners, firmly intending to further enhance Smith Haut Lafitte's tradition of excellence. He combined the most modern winemaking techniques and age-old methods. Designed during the blending of Smith Haut Lafitte, the wines of Le Petit Haut Lafitte are vinified and aged with the same care as the batches that will become the first wine of the Château.