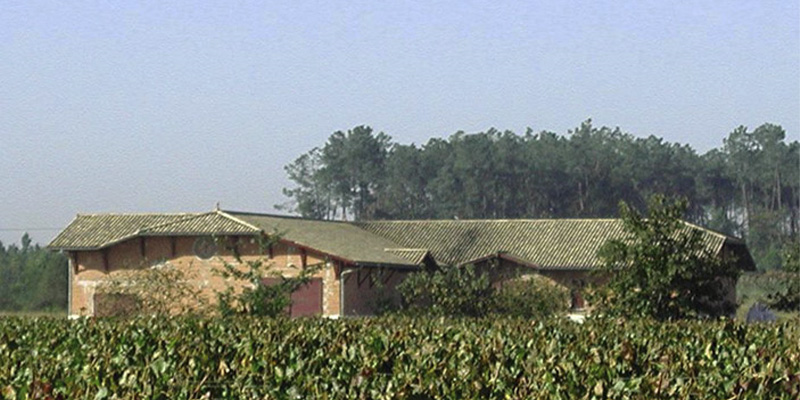 Clos Marsalette is located in the commune of Martillac, in the heart of the Pessac-Léognan appellation, 20 kilometres South from Bordeaux. Although Clos Marsalette was acquired in 1992, a concerted effort to bring this wine up to its full potential only dates from 2002 when a new winemaking facility was built. Clos Marsalette is jointly owned by Count Stephan von Neipperg and Didier Miqueu. The von Neipperg counts are descended from a noble line dating back to the Holy Roman Empire. This family has contributed great soldiers and illustrious diplomats throughout the centuries. In fact, the Counts von Neipperg have been making fine wine there since the 12th century. The family still owns a wine estate in their original fief in Germany. This is managed by Stephan von Neipperg's older brother. Didier Miqueu is graduated of the Ecole Polytechnique and has always enjoyed major challenges. He worked in the higher echelons of finance before developing a passion for fine wine in the mid-2000s. Thanks to his friendships with noted personalities in the world of wine, he put down roots in the different Bordeaux appellations and properties, such as Clos Marsalette.
Located in Martillac, in the Pessac-Léognan appellation, Clos Marsalette is jointly owned by Count Stephan von Neipperg and Didier Miqueu. This vineyard sits magnificently on gravelly rises deposited aeons ago by the Garonne. Offering a great diversity the subsoil is composed of marine sediment from the Miocene and Pliocene epochs (5 to 15 million years ago) in the form of shelly sand with a bit of clay, fawn-coloured sand, and multi-coloured clay. Clos Marsalette's vineyard which covers an area of 12,30 ha (for the red wine) plus 1,30 ha (for the white wine) is also looked after expertly in order to produce a wine reflecting the typicity of this Terroir.