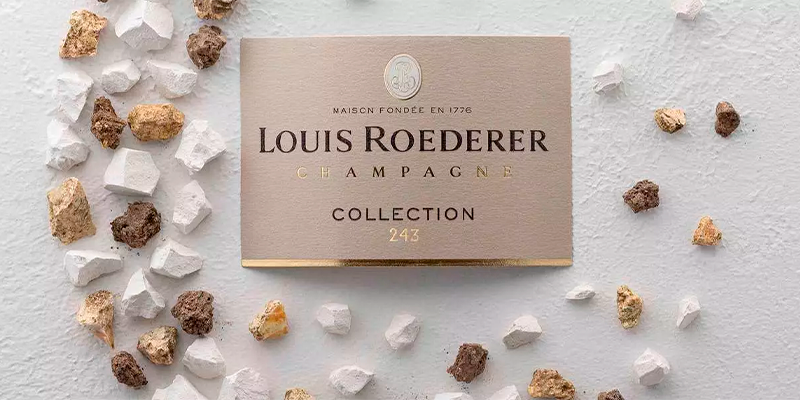 The cuvées of the House of Louis Roederer are the fruit of patient work with fundamental ingredients, the collaboration of experts, a quest for the perfect balance, and hardy and generous grapes, cultivated in the champagne soil, producing a wine with a summery character and crystalline elegance.
The aesthete and entrepreneur Louis Roederer inherited the Champagne House in 1833. He took a visionary approach to enriching his vines, aiming to master every stage of the wine’s creation. He forged the wine’s unique style, character, and taste.
In the mid-nineteenth century, Louis Roederer acquired some of Champagne’s Grand Vru vineyards – an approach that contrasted sharply with contemporary practices.
While other Houses bought their grapes, Louis Roederer nurtured his vineyards, familiarized himself with the specific characteristics of each parcel, and methodically acquired the finest land. Louis Roederer’s guiding principle was that all great wine depends on the quality of the soil, a passion for tradition, and an astute vision of the future; the fame and reputation of the House of Louis Roederer was firmly established. His heir, Louis Roederer II was equally enlightened and adopted his father’s conscientious approach to the production of champagne, patrimonial estate management, and instinctive audacity.
He also drew inspiration from the many books and drawings he collected with great discernment. In the 1870s, the Louis Roederer Champagne House began to export its wines to the United States, and even to Tsar Alexander II of Russia. A man of great taste and an inveterate researcher, Louis Roederer II fashioned an exclusive champagne for the Tsar and launched a novel concept: The very first Cuvée de Prestige. It was created in 1876 and named "Cristal". Ever since, the subtleness and elegance of Cristal have forged Louis Roederer’s reputation for excellence.
In the 1920s, the future heir to the House of Louis Roederer, Léon Olry-Roederer consecrated his efforts to creating a highly balanced wine – a consistent and delicate blend of several vintages, to ensure that the wine would always be of the highest quality. This wine would form the basis for the later Brut Premier. This fine blend greatly contributed to the renaissance of the House of Louis Roederer.
After his death, from 1933 onwards, the winery was managed by his strong-minded widow, Camille, who ran the Champagne House with formidable intelligence and singular dynamism. Camille loved horse racing and owned one of the most famous stables in the world; she was also an enlightened patron and embraced the more festive and pleasurable aspects of champagne. Camille Olry-Roederer held many receptions in the family’s Hôtel Particulier in Reims. These parties had a lasting impact on the history of the House and introduced a whole new generation of wine lovers to the joys of Louis Roederer Champagne.
Her grandson, Jean-Claude Rouzaud, an oenologist and agronomist, took over the running of the entire estate and decided to consolidate the vineyards. Through his passionate commitment to the metier of wine-growing, he cultivated more than ever the inventive qualities that are so representative of the House’s philosophy.
The Louis Roederer House has remained an independent, family-owned company and is now managed by Jean-Claude’s son, Frédéric Rouzaud, who represents the seventh generation of the lineage. With the same patience and unshakeable faith in its creative vocation, the House of Louis Roederer’s annual exports total three million bottles around the world.