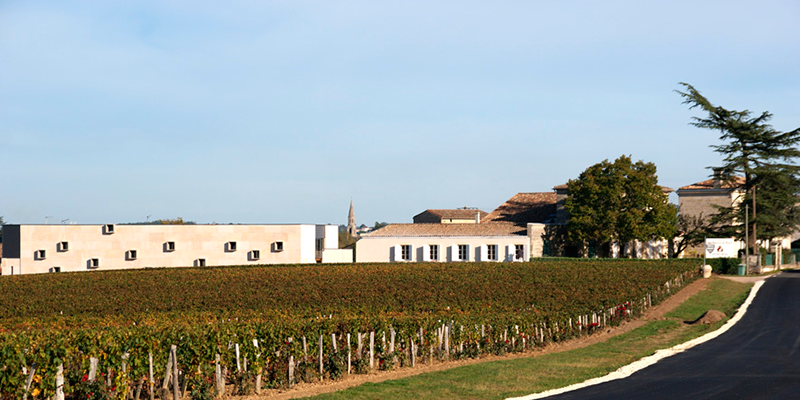 Château La croix de Gay's wine is made from the blend of two groups of plots:
The first one, famous for it's exceptionnal wine-growing capabilities, is located on the "Günz Graves" of the "high terrace of Pomerol" between Château Rouget and Château Le Gay. These plots represent the historical heart of the blend of Château La Croix de Gay. The second one, grand vineyard, on the "Mindéliennes Graves", is located between Château Trotanoy and Château La Pointe. Both of these terroirs give the Merlot and Cabernet Franc different characters that are both complementary and synergistic, and contribute to complexity of the final blend.

The vineyard of Château La Croix de Gay is currently developed by the Lebreton family heir of a line of Pomerol winemakers that began their trade in 1772 but first arrived in the village in 1477. The ancestors of the Raynaud-Lebreton family, Mathelin and Michel Barraud, received at this date, as a lease from the Hospitallers of Saint John of Jerusalem, some lands at the center of the Pomerol's shelf. This tenement called the Barrauderie was the land of the current Pétrus, Châteaux l’Evangile, La Conseillante, Gazin, Petit Village and Vieux Château Certan.

During the 19th and 20th century the domaine was only transmitted through women. From generation to generation their husband have transmitted a winemaking knowledge as well as the knowledge of the terroirs of Pomerol proof of the regularity and quality of the wines of the domaine. However, in 1997, after 51 harvest (1947-1997) and a life devoted to his property and the Pomerol appellation (active member of the Union and a founding member of the brotherhood of the Hospitallers of Pomerol (1968), Noël Raynaud permanently rejoined the land he loved so much. His wife Geneviève Raynaud then entrusted to their daughter, Chantal Lebreton, the burden of the operation of the Château la Croix de Gay. She was joined in this task for the 2009 and 2010 harvests by her brother Alain Raynaud.
After their mum passed away, brother and sister took different paths. Alain sold the shares he had of the property; while Chantal, supported by her husband and her children, decided to follow the family tradition. Refocused on the earth of our vineyard, with a new cellar on our historic hamlet, surrounded with a team which each year support us in expressing the terroir and continuity of winemaking technics, the story of our winemaker family with Pomerol continues.

The Hamlet of Pignon