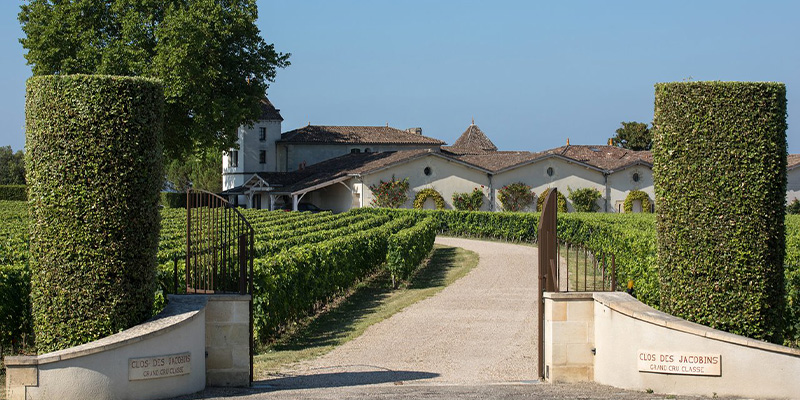 After commerce studies and several years spent working in the Bordeaux wine business, Magali and Thibaut Decoster settled in Clos des Jacobins in 2004. They immediately set about restructuring the vineyard, and went on to renovate the château as well as the cellar in order to modernize their winemaking facilities and welcome visitors. Clos des Jacobins is situated at the entrance of the medieval town, right in the heart of the greatest Saint Émilion estates. Having been ranked amongst Saint Émilion's greatest wines between 1940 and 1950, Clos des Jacobins subsequently fell from favour, although it has been classified from the beginning of the Saint Émilion classification in 1955. Today, it has recovered its status, in particular thanks to Magali and Thibaut Decoster.

Clos des Jacobins takes its name from the Dominican monks known as "Jacobins" whose convent was attached to the Church of Saint-Jacques in Paris. These Jacobins lived on the outskirts of the Saint Émilion village and used the farm buildings to accommodate pilgrims on their way to or from Santiago de Compostela. They farmed the vineyard to produce their wine, which provided them with most of their income.