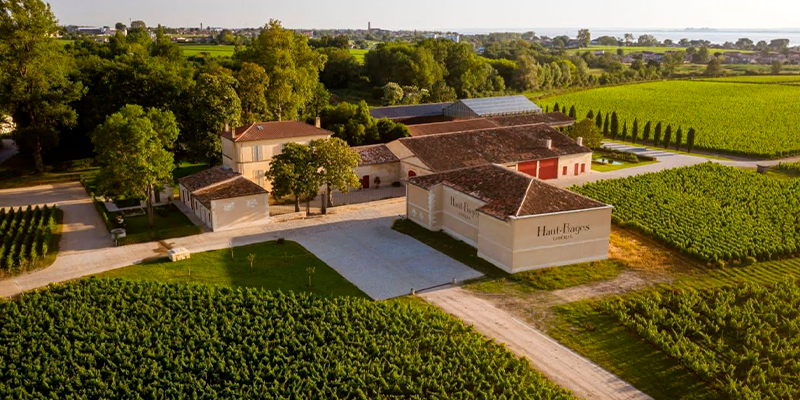 The name of Château Haut‐Bages Libéral has two roots. The Liberal family ran the property in the early eighteenth century. Brokers from father to son, they sold the harvest in the Netherlands and Belgium. Their name adjoining to the topographical designation, earned them to be invited worldwide to the table of political parties of the same name. Over time, these connoisseurs gathered the best soils of Pauillac. Thus, this 5th Classified Growth in 1855 now has half of its vineyards adjacent to Château Latour and the other half behind Château Pichon Baron, on the heights of the locality "Bages", a large plateau in the south of Pauillac. The property would regain his youth when, in 1960, the Cruse family, owner of Château Pontet Canet, another 5th Classified Growth in Pauillac, acquired the property. The Cruse would launch an extensive program of replanting the vineyard. However, it was in 1983 at the arrival of the Villars family that Château Haut‐Bages Libéral really recovered its former glory.
Today, the property is run by Claire Villars Lurton. She undertook an overhaul of the tool of winemaking and she adopted a biodynamic farming. Her Production Manager is Thomas Bontemps. Though Claire Villars Lurton was born into a wine growers' family, Claire Villars Lurton did not intend to manage a property. She lived in Paris where she had a master's degree in chemistry and physics. She was preparing a thesis in physics dealing with the preservation of old books at the CNRS (National Center For Scientific Research) when her parents died in an accident in 1992. She decided to get actively involved in the management of the family properties. She gave up her studies and joined her grandfather Jacques Merlaut to continue the work of her mother Bernadette Villars Merlaut.