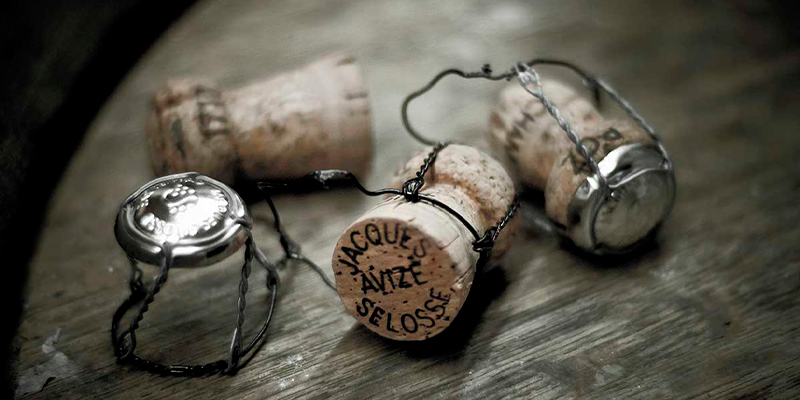 Jacques Selosse Estate is a highly regarded Champagne house. It is known for its Substance cuvée, and its use of a solera system dating back to 1986, a technique more commonly associated with sherry. The estate was set up in the 1950s by Jacques Selosse, who sold a large portion of his grapes to Champagne Lanson. However, the house gained the most fame from his son, Anselme Selosse, who took over the running of the estate in 1980. Selosse improved quality, reducing yields and converting the vineyards to organic viticulture. He also began to carefully consider the terroir of the vineyard holdings, particularly in the Grand Cru villages Avize, Cramant and Oger. Today, he is known for being one of the first to champion terroir in Champagne.
For the last twenty years, the Selosse family has developed its own system of viticulture which is an approach that follows no set method, but rather permanently adapts itself to the circumstances confronted throughout the growing season in the various vineyard plots. In order to explain their philosophy pertaining to the vines, Anselme and Guillaume often make references to "gatherers", those who venture out into nature to reap the harvest and collect the fruit found there: "Primum non nocere. First, do no harm … The Hippocratic Oath … It is man who perturbs nature the most thus one must refrain from intervening as often as possible". As the time draws near to pass the keys to the next generation at the Jacques Selosse Estate, Anselme and Corinne’s son, Guillaume, has, since 2012, been preparing to follow in his father’s footsteps. During the time spent working side by side with his father, he has naturally been developing his own viticultural skills and inclinations which will most certainly lend a unique identity to the wines in the future. The transition and transmission in motion at the estate may be likened to a relay race where the athletes are handing off the baton; the baton of passion for wine, vines and fine food and drink. With great integrity, open-mindedness and vigor, Guillaume is readying himself to leave his own mark upon the family history of dreams, ambition and charisma that are his alone.