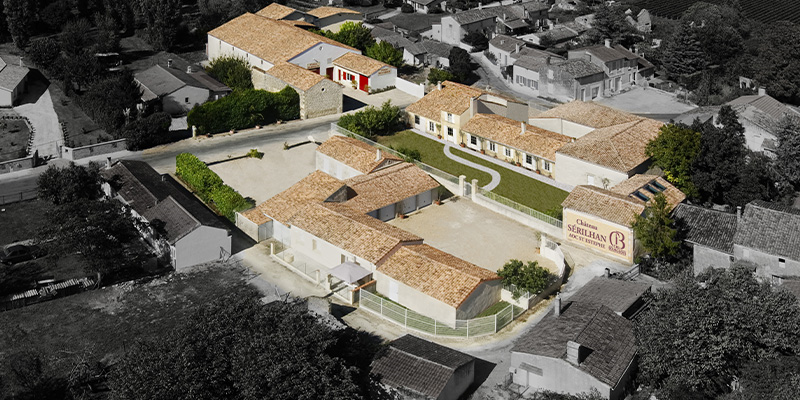 In January 2003, after 20 years in high technology business, Didier Marcelis took over the management of the family property (9,5 ha), created in 1982 by his grandfather Merlet and managed by his parents, Jean and Maryvonne. Since his arrival, he heavily invested to improve quality (increase of vineyard size, replanting, new material buying, new barrels etc). Didier Marcelis manages the property with passion and enthusiasm, supported by a dynamic team and the consultant winemaker Hubert de Boüard.

20 years ago, this family vineyard property of 20 ha in total in AOC Saint Estèphe and Haut Médoc, initiated a "return to its roots" inspired by the vision that Émile Peynaud, founder of modern oenology, had of Saint Estèphe wines: "lively colour, bright fruit and harmony on the palate". The resources and methods of renowned growths were used to create a seductive wine: completely picked by hand – meticulous sorting of the grape berries – vinification by plot – haute-couture ageing – special attention paid to the blends.

The 2003 vintage, crystallising the first efforts made, was quickly spotted by the Bordeaux merchants, then by international critics. Consequently, Château Sérilhan sells its wines 100 % en primeur, exclusively with the Place de Bordeaux. Distribution has become worldwide and is now spread over twenty countries with around a hundred distributors.

Anxious to preserve its environment and sensitive to new consumer expectations, in 2013 Château Sérilhan committed itself to certification at "High Environmental Value Level 3" (HVE3), validated in 2018. Efforts in this direction are continuing in 2020, with a bee hive set up at the heart of the property, to encourage the return of pollination to the commune of Saint Estèphe.

This winter, the estate is taking inspiration from the old Saint Estèphe tradition of "retour des Indes", which at the time consisted in transporting Médoc wines by boat from Bordeaux to the south-east ports of the Indian Ocean (Coromandel Coast). This time, Château Sérilhan’s objective is to explore its export potential in India, in Delhi, Mumbai and Bengaluru, in coordination with representatives of the Place and to complement its traditional markets to which the Château remains loyal.