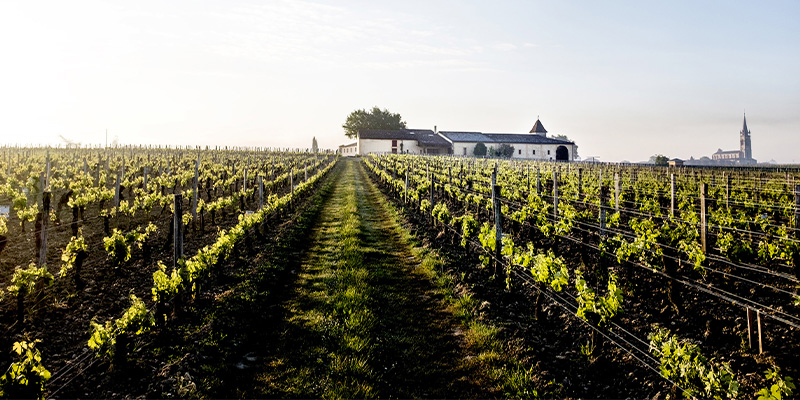 "Being part of the aristocracy of Pomerol Grands Grus cannot be decreed. It is part of a logic and a history. This is what Clos L’Eglise testifies to"

Taking a recent date, scarcely three quarters of a century ago, in 1925, Savinien Giraud, owner of Trotanoy and President of the Syndicat Viticole et Agricole de Pomerol, addressed a "classification" of Pomerol "Grands Crus" to the Bordeaux Chamber of Commerce. Clos l'Église was part of the "leading group", (with l’Evangile, la Conseillante and Vieux Château Certan). This allows us to date the fame of Clos l'Église and the standing it enjoyed among its peers, members of the Syndicat.
In the 18th century, Clos l'Église with its 14 ha was a very large estate for Pomerol, ahead of a dozen Crus which formed and still form "the heart of Pomerol". The history of Clos l'Église is linked to that of the vineyards "à Clinet", a name that designates both place and ownership. The vineyard map by the engineer Belleyme indicated in 1764 that the strongest vineyard holding starts from la Conseillante and by Petit-Village widens to Trop Ennuie (Trotanoy) and Clinet. Later, the property was named Clos l'Église and, with divisions on inheritance, the estate was split in two, with the original estate, Clos l'Église (Rouchut family) on one side and L’Eglise-Clinet (Mauléon family) on the other. There is, therefore, a centuries-old continuity of viticulture at Clos l'Église.
It was in 1997 that the Garcin-Cathiard family acquired the property.
Soil culture: Sustainable, Biological control, Certified High Environmental Value 3.